Skip to content
No Comments on Surface Pro 3 Review: A Deeper Look at Its Specifications and FeaturesPosted in Brands, Reviews By lyu0sPosted on February 16, 2022

Have you ever imagined how convenient it would be to use a laptop that doubles as a tablet? That’s exactly what Microsoft’s Surface Pro 3 brings to the table – a 2-in-1 that’s bundled with the features of both a laptop and a tablet.

Here’s a complete review to help you know more about this device, its specifications, and how it compares to other devices.

What is the Surface Pro 3?

The Surface Pro 3 is a 2-in-1 computer device made by Microsoft. It can function as both a laptop and a tablet, depending on which work mode you want to use. You can use this device to create the productive work space that you need while going about your day-to-day activities.

The Surface Pro 3 can be used both at home and in the office. It can process information and handle tasks just like other desktop computers. You’ll get the chance to save more space in your office when using this device. You can also carry it anywhere you go and carry out your tasks without worrying about power outage issues, thanks to its impressive battery performance.

Key Specifications of the Surface Pro 3

The device also measures 11.5 inches in length and 7.9 inches in width unlike the previous models which were 10.8 inches long and 6.8 inches wide. The Pro 3 also boasts of a lighter weight (800 grams), which is less than its predecessor’s weight (900 grams).

Microsoft made the Surface Pro 3 for those who wanted a laptop that can tilt between 22 degrees and 150 degrees angles. This feature allows you to tilt the laptop’s screen back just like how you can tilt a draft table. The device also features a magnetic hinge that helps you attach and detach the keyboard from the screen.

The keyboard appears to have a raised angle, which makes typing feel more engaging and fun. The raised keyboard shows that Microsoft may be considering to include ergonomic designs in its future Surface Pro devices. 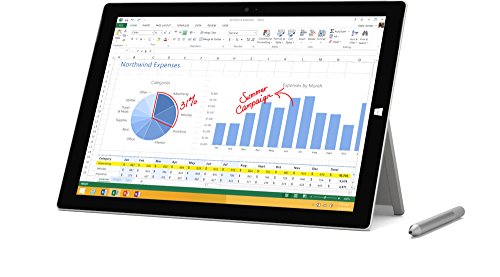 Intel partnered with Microsoft in making of the processors found in the Surface Pro devices. The Surface Pro 3 comes with an Intel Core i5 CPU. Intel also fitted it with a slim and less noisy fan that helps to cool down the device and prevent overheating. The device feels cool when you hold it on your hands. 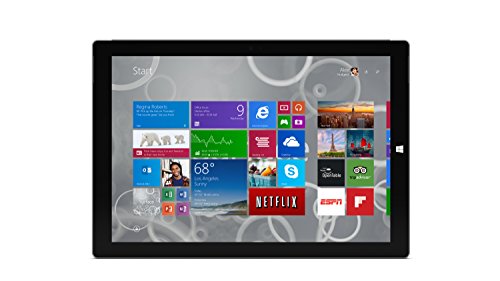 The 12-inch screen of the Pro 3 has a resolution of 2,160 x 1,440 pixels. It also features a bright and clear IPS panel and brilliant off-axis viewing angles. On the screen, you’ll find a touchpad made of ceramic fabric material. 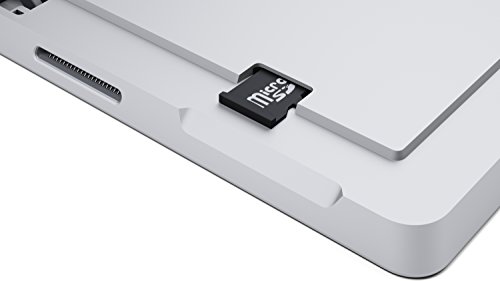 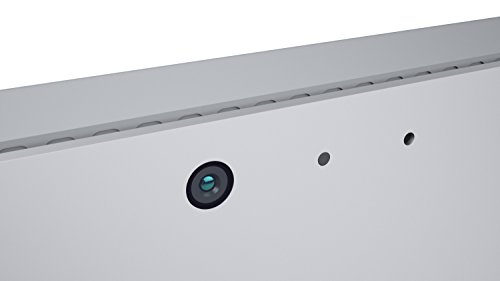 You’ll find a 5MP and 1080p HD front and back cameras built in the thin body of the Surface Pro 3. You can buy a Pro 3 with either 64GB storage and 4GB RAM or 512GB and 8GB RAM. The storage and memory specifications you choose depend on the amount of load the gadget will handle.

Pricing and Where to Buy

You can buy the Microsoft Surface Pro 3 from Amazon and Walmart.

It isn’t fair to say that the Microsoft Surface Pro 3 is the best tablet/laptop out there without comparing it with other devices. In addition to highlighting the specifications of the Pro 3, this review also offers similarities and differences between the Pro 3 and two other gadgets. These gadgets include the MacBook Air and Dell Latitude 10.

From the above specifications, it can be noted that the Pro 3 is an ideal laptop replacement. It features a thin body and makes use of the Windows 8.1 OS. Apple is also known for releasing laptops with very thin bodies. In this context, the MacBook Air is the main Apple product on discussion.

The device is sold in two different sizes, which include 13.3 inches and 11.6 inches. The 13.3-inch one weighs 2.96 pounds while the 11.6-inch one weighs 2.38 pounds. It takes less time to assemble this device. Microsoft offers 12-month warranty on its Surface Pro devices.

The Pro 3 has a touchscreen and supports a stylus while the two MacBook Air devices don’t provide support for a touchscreen or stylus. 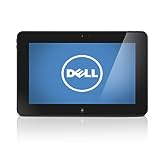 The screen technologies found on them are also LCD and IPS LCD respectively. Both devices come with a front-facing camera, camcorder, in-built Bluetooth, inbuilt Wi-Fi and Intel HD graphics.

Pros and Cons of the Surface Pro 3

The Microsoft Surface Pro 3 has its good sides and bad sides. It is important to note that as much as the device proves to be useful, it also falls short in certain areas. Read on to find out the pros and cons of the Pro 3.

The Surface Pro 3 comes with an Intel iCore 5 processor known for high processing speeds. The device also features speedy solid state drives and 1600MHz RAM. It performs better than ARM-based mobile devices. With a body weighing as low as 1.76 lbs, the Pro 3 is easy to carry around. When compared to mid-range desktop computers, the gadget is highly portable. Its light and thin body makes it ideal for use in any setting.

You can use the Pro 3 to surf the Internet for 9 hours straight when it’s on a full charge. You can also use it for 10 hours when performing lightweight tasks without worrying that it may run out of power. This factor makes the device is ideal for use during power outages. When compared to other tablets that are sold in the market, the Pro 3 has a better sound and screen quality. It comes with front-firing speakers. It also has 2,160 x 1,440 screen resolution, HiDPI 12-inch screen and 3:2 screen aspect ratio.

The Surface Pro 3 has impressive design features but its price is a little bit high. It is important to note that the price is quite competitive when compared to other ultrabooks sold in the market these days. Its accessories, which include a docking station, USB hub, mechanical keyboard and Type Cover, are also expensive. It isn’t an ideal option for people who want to spend less on buying 2-in-1 devices.

As far as screen technologies are concerned, the high-resolution displays featured on most devices today are impressive. On the Surface Pro 3, you need to adjust the Window to 150 percent or higher for you to read things clearer on the small screen of the device. However, you won’t be able to use some applications properly when you configure the Window to this level. Microsoft needs to improve the pixel scaling of future Surface Pro devices for better user experiences. iOS and Android operating systems are making a killing in the market for handheld devices. Since Microsoft decided to join this market by releasing the Surface Pro devices, they need to up their game in terms of the applications they provide the users. When compared to Apple’s App Store and Google’s Play Store, the Windows Store doesn’t have lots of exciting applications for the users.

It’s fair to say that Microsoft succeeded in making a device that can replace a laptop and work as a tablet. The Surface Pro 3 boasts of a thin and light body, good sound and screen quality and a reliable processor.

If you’re in need of a device that can help you manage your office work and home work at the same time, be sure to get the Pro 3. You’ll also benefit from its long battery life, light weight, stylus and touchscreen. Be aware of the fact that the device is quite costly for people who are on a budget. Its Windows Store isn’t as impressive as the Apple’s App Store or Google’s Play Store.

Surface Pro 3 Review: A Deeper Look at Its Specifications and Features