Skip to content
No Comments on Nintendo DS: A Comprehensive Review of Its Specifications and FeaturesPosted in Brands, Reviews By lyu0sPosted on February 16, 2022

Nintendo DS was unveiled in 2004, and its success was immediate. Being the first ever handheld console to have internet connectivity, dual screens and a touchpad, Nintendo DS clearly stood out from the competition.

Today, the DS Lite is still a popular video gaming console, but the competition from Sony’s PSP is stiffer than ever. The PSP is graphically superior, and features music and movie playback. However, the PSP still trails the Nintendo gaming system when it comes to uniqueness of titles.

The DS has been in the market for over a decade, and this has given Nintendo enough time build game libraries, figure out hardware kinks and flesh out the various features. With the video gaming console now build to perfection, there has never been a better time to review it.

What is the Nintendo DS and How Does it Work?

The Nintendo DS, also simply referred to as the DS, is a video gaming console with a two tiered screen. The bottom screen allows you to use either a finger or a stylus to perform a multitude of operations, including selecting options and moving characters during a game. It also has face-button controls that allow you to control game characters in a more conventional manner.

A Look at the Main Features of the Nintendo DS 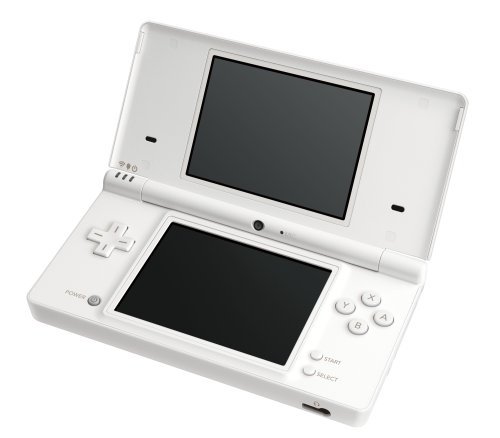 The Nintendo DS comes in a foldable clamshell design with two LCD screens. The top screen has a display of 256 X 192 pixels, while the bottom display features touch screen techology that can detect finger and stylus motion.

The Nintendo DS is almost the same size as the orignal GBA, although its clamshell build makes it alittle chunkier. Unlike the PSP, which can easily fit in your pocket, the DS can only be carried around in your shoulder bag or backpack.

Despite its size, the Nintendo DS remains relatively light, weighing  9.7 ounces. This may seem like alot for a gaming console, but you will easily manage the weight since the unit is designed to be held with both hands.

The front of this gaming unit is occupied by the GBA cartrigde port, volume controls, headphone connectors and the microphone. The DS game port and the AC adapter port reside on the back side of the unit. 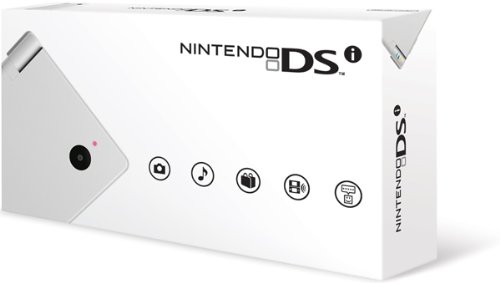 Both displays of the Nintendo DS look terrific. The best visual results are realized when the top screen is pivoted back as far as possible, though the most seamless coordination between the two screens is achieved by slightly tilting the upper display.

The screen resolution of the Nintendo DS is nothing short of amazing. None of the screens diplay the white glow that users of the GBA SP constantly complain about. What’s more, the backlighting of the Nintendo DS makes the graphics of this gaming unit stand out. Colors are bright as they should be, and pictures are displayed with absolutely zero color distortion.

The silver lining to the elongated form factor of the nintendo DS is that the stereo speakers work incredibly well. You can clearly hear the separation between the right and left outputs during a game, as well as some amazing surround sound effects.

The sound input is equally impressive. The introduction of DS’s mircrophone-control capabilities created remarkable gameplay experiences that you can only enjoy on the nintendo DS. Nintendogs, one of the popular DS games, extensively relies on the microphone and the unit’s touchscreen.

This addictive game requires you to pet your dog using the touchscreen and issue commands via the microphone. Sound commands in this game are well captured with no sound distortions or errors, showing just how impressive the sound input of the Nintendo DS is.

Shortly after the release of the Nintendo DS, the company launched a Wi-Fi connection service to allow users to play in multiplayer mode over the internet. Initially, many DS games would only let users enjoy multiplayer games by playing against people within close proximity.

However, with the introduction of wireless connectivity, you can now play against friends from anywhere around the globe. However, you might want to play against people from the same region in order to minimize latencies.

For those looking to play offline, the new DS’s wireless gameplay feature has got you covered. You can play against your friends at home, as long as they are within the manufacturer’s stipulated 30 feet range. Even better, you can surpass this range of connectivity by over 120 feet if you play in an area without barriers such as walls.

There’s a small signal indicator on the screen that shows you the strength of the connection you are getting. Even in one bar connections, multiplayer gameplay is seamless and lag-free.

The interface of the Nintendo DS is user friendly, and performing various actions is fairly a straightforward process. Even the gaming unit’s most sophisticated program is easy to navigate. Upon starting PictoChat, the program displays a list of rooms that are currently availlable.

Although you can’t see specific users within your range, you are notified when another user joins your room. Setting up your chat name and other details on the application is quite simple, and so is chatting.

Speaking of chatting, typing on the Nintendo DS with the stylus feels fairly natural, and the keyboard on the bottom of the screen is highly responsive. Your messages can be text messages or drawings. However, the broad tip of the stylus is not suitable for intricate drawings. Nevertheless, it allows you to get your message across using a drawing.

Whether you’re using the original version of the DS or the later version (DS Lite), setting up a Wi-Fi connection is pretty simple. The system easily spots available wireless connection and notifies you so you can authenticate the connection.

If there are no Wi-Fi connections around you, you can use your broadband-connected PC to create a connection by plugging in the Nintendo USB Wi-Fi Connector. Gameplay controls on the Nintendo DS are also simple to master. You can use the thumb stylus to control characters during gameplay, as well as the various buttons and the touchscreen.

The only flaw in the DS’s user interface is finding friends without an external network. You will be required to enter a 12 digit friend code for every friend in each game. Playing against users who are not on your friend list is not a wise choice, because finding a pickup game on the Nintendo DS is slower than on a playstation console.

Nevertheless, you can still find some competition online as long as you are playing a popular game at a reasonable hour.

With the power issues of Sony PSP well known, the battery life of the Nintendo DS is of special importance. At maximum brightness, you can play games continuously on this gaming unit for over six hours.

Compare that to the PSP’s approximate gaming time on Wi-Fi multiplayer mode and you will realize just how much effort Nintendo put in to ensure that you enjoy your favourite game without those annoying low-battery alerts.

The charge time of both the PSP and the DS is 3 hours.

Nintendo DS’s games are decent at best in terms of graphical quality and overall gameplay. They are a little better than those of PS1 and N64, but nowhere near the quality of Xbox or PS2 games. Sony’s PSP edges out Nintendo’s DS in terms of game quality, but the DS takes the day when it comes to innovative titles.

Whereas PSP’s gameplay feels much like that of the like of the PS2 and the Xbox, the DS offers a unique gameplay with its dual, touch-screen set up.

With that said, very few of the third-party software experts are up for the challenge of utilizing the full capabilities of the Nintendo DS. For every Mario & Luigi and Nintendogs, there are several downgraded PSP slots or GBA ports that have been barely updated—neither of which fully utilizes the dual display and touch screen technology.

Pricing and Where to Buy the Nintendo DS

Most gaming stores don’t have Nintendo DS in stock because its manufacture was discontinued by the manufacturer. In its place is the DS Lite, a video gaming console with the same functionality as the original DS, but with a smaller, sleeker design and brighter displays.

To check the price and availability of the DS, visit Amazon. Make sure to check the nice deals they have to offer.

How Does the Nintendo DS compare to Other Gaming Consoles?

The closest rival of the Nintendo DS is the similarly priced PSP, which offers better graphics and more multimedia capabilities. Both are pretty easy to use. The assembly time of both gaming units is fairly short, clocking at less than five minutes to assemble both units.

LeapFrog’s Leapster 2 is also an alternative gaming unit to the Nintendo DS. It has the same user friednliness of the Nintendo DS, and assembly time of less than five minutes.

Pros and Cons of the Nintendo DS

Like other video gaming consoles, the Nintendo DS has a unique set of pros and cons as discussed below.

The Nintendo DS effectively combines innovative dual screen technology with mic-enabled gameplay on a sleek display with higher resolution than the GBA SP, all while maintaining backward compatibility with earlier GBA games. The touch screen and the Wi-Fi multiplayer mode allow you to play a wide selection of original games that cannot be played on any other gaming system.

The third-party support for the Nintendo DS system falls short of the ingenuity and originality of Nintendo’s games. Also, multimedia potential is still exclusive to the Japanese market. Additionally, the system comes in a bulky design.

Nintendo DS is a worthy successor of the GBA, all thanks to its unique gameplay experience, a user friendly interface, and dual touch screen technology. while it doesn’t offer the graphical and multimedia finesse of the PSP, the long battery life sets the bar in the console market.

Add unique features such as inbuilt microphones and a powerful stereo output to that mix and you’ve got a console that gives other gaming units a run for their money.

Having said that, it’s important to note that the Nintendo DS is a 2004 console and you can’t expect the same performance and features of modern gaming units.

Nintendo DS: A Comprehensive Review of Its Specifications and Features