Skip to content
No Comments on GTX 1080 Review: Improving Your Gaming Experience for the BetterPosted in Brands, Reviews By lyu0sPosted on February 16, 2022

Nvidia is among the world’s leading manufacturers of graphics cards. The company has been releasing different models of the cards since it was founded in 1993.

It is also known for making graphics processing units (GPU), central processing units (CPU), chipsets and video game consoles. Its GPUs bear the name GeForce. This review focuses on the key specifications of the GeForce GTX 1080 made by Nvidia. 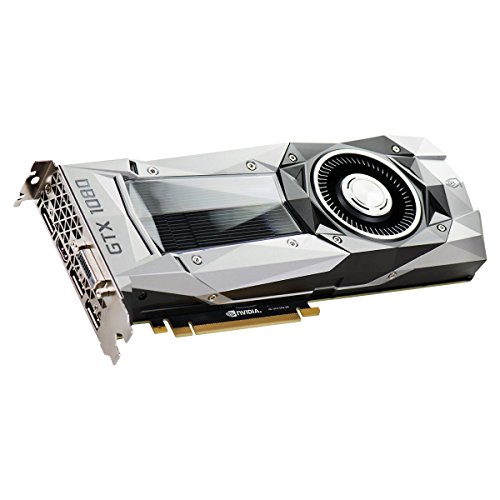 The GeForce GTX 1080 is a powerful top-end graphics card made by Nvidia. This gaming GPU is known for its prowess when it comes to facilitating 4K gaming and virtual reality (VR).

Nvidia invested heavily in the design and manufacture of the GTX 1080. Their efforts proved to be successful since GTX 1080 ranks among the top gaming GPUs one can use for gaming and other graphics-heavy applications.

How This Review Was Done

For this review, a gaming system that runs on the GTX 1080 was used to play three different games – the GTA V, Hitman and Rise of the Tomb Raider. The review was also done by analyzing information about the GPU’s features derived from various credible sources.

Key Specifications of the GTX 1080 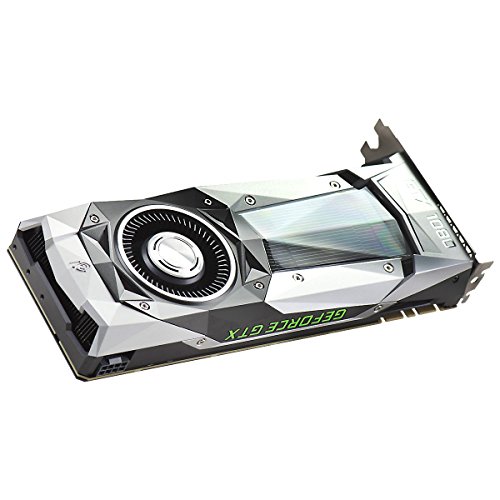 Nvidia decided to upgrade its previous architecture, Maxwell, to Pascal, which is a new hardware architecture aimed at boosting its performance and efficiency. The good thing about the Pascal architecture is that it relies on smaller processing units (16 nanometers). This explains why the GTX 1080 has a high number of silicon transistors.

The small transistors help to increase the performance of the graphics card without compromising on energy efficiency. To be precise, the GTX 1080 features 2,560 CUDA cores for faster processing speeds. It also clocks 1,607MHz per second.

Nvidia didn’t only make a graphics card with top performance speed. The company also improved the processing power of the graphics card. The GTX 1080 features 8GB of GDDR5X memory that is quite similar to the RAM found on personal computers.

The only difference between the PC RAMs and the GDDR5X is that the latter is much faster and costlier.

The GTX 1080 supports both DisplayPort 1.3 and 1.4 to process such content. The 2.0b HDMI port can also produce 4K content at 60Hz. With the HVEC video feature, the GTX 1080 can support HDR video playback and gaming.

It is exciting how Nvidia is disrupting the world of GPUs with its regular new releases. The company’s GeForce GTX 1080 features GPU tech known as “pre-emption”. The technology allows the GPU to choose the type of tasks to handle at granular level instead of handling tasks simultaneously.

This technique is applicable in setups with multiple monitors (outer monitors facing at a particular angle). The Single Pass Stereo optimization enables game developers set the image appearing on the outer screens to appear less warped. 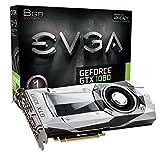 How the GTX 1080 Compares to Two Other Popular GPUs

For this comparison, two popular GPUs from the 900-series GPU generation were used. They are the 6GB EVGA GeForce GTX 980Ti and the 4GB MSI GeForce GTX 980 Gaming Edition. The two graphics cards were released before the GTX 1080 came to play. They are also third-party GPUs, which means that they feature components that are not manufactured by Nvidia.

Three games, the GTA V, Rise of the Tomb Raider and Hitman were played to test the similarities and differences between the GPUs. The comparison is as follows: 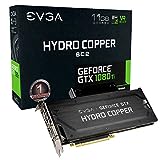 The GTA V game can only run perfectly on a gaming device with a powerful graphics card and processor. A gaming device can be used to play the GTA V in full HD whether it’s running on the 6GB EVGA GeForce GTX 980Ti or the Nvidia GeForce GTX 1080.

GTX 1080 still takes the lead when it comes to producing both Full HD and 4K content for a game with weather and lighting effects like the Rise of the Tomb Raider.

The third game we played on gaming devices that run on the GTX 1080 and GTX 980Ti separately was Hitman. The game is known for having lots of lighting effects, NPCs and objects. Hitman helped us measure the performances of the two graphics cards. When playing the game in Full HD, the gaming device running on GTX 980Ti performed better than one running on GTX 1080.

However, the GTX 1080 scored an average frame rate of 47.7fps when the game is set to 4K. The graphics card was 23 percent faster than the GTX 980Ti when producing 4K content for the Hitman game.

A gaming device that runs on the 4GB MSI GeForce GTX 980 can be play GTA V in full HD without any complications. The same applies to a gaming device that runs on Nvidia GeForce GTX 1080. The good thing about the GTX 1080 is that it can still produce 4K content for the game at 33fps. The GTX 980, on the other hand, can’t produce the same content since the content exceeds its 4GB memory.

Hitman was also among the games that helped us test both the GTX 1080 and GTX 980 graphics cards. When playing the Hitman game, you’ll notice that it has a lot of objects, lighting effects and NPCs. We played the game in 4K using a GTX 1080 powered gaming device and found out that the graphics card scored an average frame rate of 47.7fps. When we played the same game in 4K on a device running on the GTX 980, we discovered that it had a low frame rate than the GTX 1080. The 1080 model was 65 percent faster than the 980 model.

When compared to the previous GPUs made by Nvidia, the GeForce GTX 1080 is more powerful. It proves to be efficient in producing both Full HD and 4K content on gaming devices. It can also do the same on devices used for professional purposes. With a peak power of 268W, the GTX 1080 graphics card is more energy efficient than most graphics cards sold in the market today. It beats the GTX 980 and 980Ti, which have a peak power of 270W and 336W respectively. This factor makes it great for use when your goal is to lower the power consumption of a device that has the graphics card.

The GeForce GTX 1080 is well suited for producing virtual reality (VR) content. It comes with VR optimizations such as Lens Matched Shading and Simultaneous Multi Projection. These VR optimizations help to improve the VR experience on devices that run on the GTX 1080. Nvidia didn’t compromise on design when the company made the GeForce GTX 1080. The graphics card boasts of ports such as HDMI port, DVI port and DisplayPort. These ports are carefully positioned to enhance its performance and ease of use.

The GTX 1080 making it to be more expensive than the previous GPU models made by Nvidia. The price doesn’t seem to match the features that GPU has. For instance, we expect the retail price to be associated with a GPU that can score an average frame rate of 60fps when producing 4K content. The downside of installing the GTX 1080 on a gaming device is that it will only support Nvidia-optimized games. It doesn’t support Radeon AMD-optimized games. This factor makes it unsuitable for games who want to play AMG-optimized games.

After reading this review, you may be wondering whether or not you should buy the GeForce GTX 1080. Well, here’s a simple solution to your query. In performance terms, the GTX 1080 is more powerful than other GPUs released by Nvidia.

However, if you’re on a budget, the retail price will discourage you from buying it. The GTX 1080 proves to be of great value despite its high retail price.

GTX 1080 Review: Improving Your Gaming Experience for the Better