Skip to content
No Comments on Best Laptop Docking Station: It’s Time to Cut the Cord for GoodPosted in Reviews By lyu0sPosted on February 16, 2022

Laptops are a convenient way to work. To boost your productivity even further, you might consider investing in the best laptop docking station that you can find.

Let’s face it: While laptops are a great option to work and communicate on the go, sometimes you need a workstation. Having a dedicated workstation is a boon to productivity because you always know where everything is, with the perfect setup to do whatever you need to do.

A docking station could help you solve this problem by essentially turning your laptop into a stationary workstation, whenever you need it.

From there, we looked at the different features each laptop dock had, including ports, wattage, and display support. Finally, we looked at what customer reviews had to say about each product. Prices are variable for laptop docking stations. 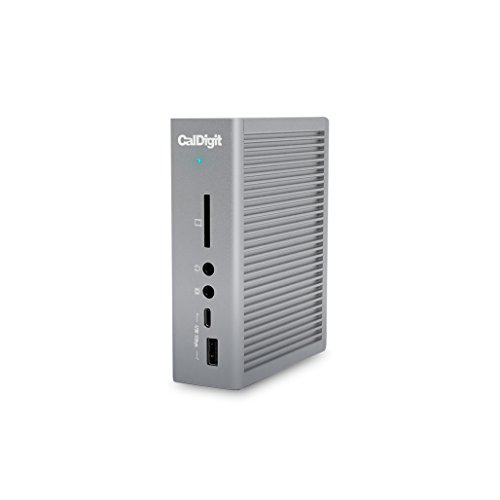 The CalDigit TS3 is a 15-port docking station. Among these connections, there are two Thunderbolt 3 ports, a DisplayPort, five USB ports (including USB-A and USB-C), and optical audio.

It provides up to 85 watts of power. This docking station can support either one 5K monitor or up to two 4K monitors via the DisplayPort and USB-C connections.

While the CalDigit TS3 is ideal for Mac-based laptops like the 2016+ MacBook pro, it is also compatible with Windows laptops running Windows 8 or Windows 10.

Positive reviews like this dock for both Mac and Windows computers. The top positive review calls it the “best investment” they could have made.

However, there are critical reviews that assert that the dock did not work on their computers. One review says that it did not work well with their 2018 MacBook Pro. After numerous attempts with CalDigit’s help, they were able to get their issue resolved but still gave it a low rating due to the non-intuitive fix. 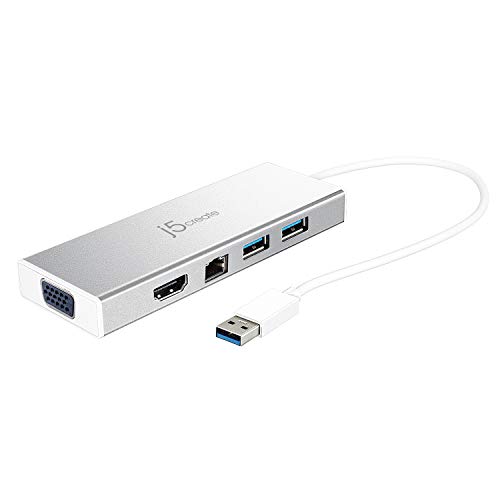 The J5create is a USB 3.0 mini-docking station. This aluminum-bodied dock includes two USB 3.0 ports, an Ethernet port, a micro-USB Type-B port for charging, and HDMI/VGA ports.

It is a universal docking station that is compatible with Windows and Mac operating systems.

Call it a “no-frills, bargain winner.” While the reviewer admitted that the dock lacked some higher functionality, they noted that it makes for an “excellent temporary workstation” for their Windows-based laptop.

Another review mentioned that they used their dock to extend their laptop onto two 25-inch monitors. This reviewer reported that the solution, “works great” and is more economical than other solutions that they had tried.

Critical reviews varied on their reasons for disliking the product. One reviewer said that the overall product was good but still did not work for their unique computer situation. Another user reported that it did not work with Mac 10.13.5 and did not receive a resolution from J5 when they contacted support. 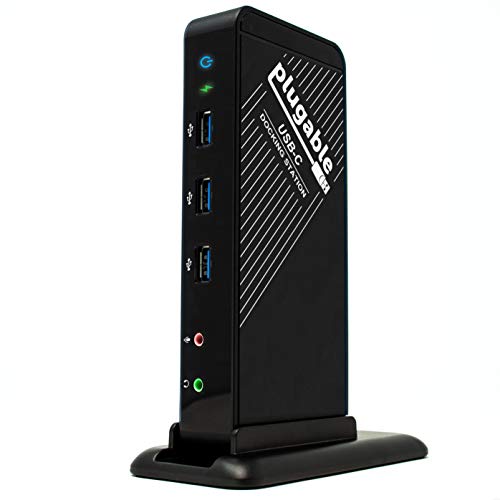 The Plugable UD-CA1A is a universal docking station, compatible with Windows, Mac, and Chromebook. This docking station includes an HDMI/VGA port that supports many types of video. It connects to the laptop via a USB-C connector.

It is also the PC Magazine Editor’s Choice for USB-C laptop docks.

Positive reviews like this dock for its versatility as well as its support. Citing that it was able to work with both Mac and Windows computers.

Critical reviews that were less than pleased with the dock cited it did not work with their operating system.

For example, one customer using Ubuntu 18.04 noted that there was a significant delay when typing and mousing. Another customer found that the dock did not work with newer versions of Chrome OS. 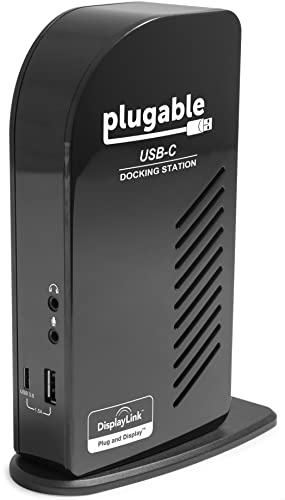 The Plugable UD-ULTCDL is another top-rated docking station. It’s a USB-C system and makes use of Thunderbolt 3 technology for faster data transfer rates.

It supports up to three displays with two HDMI outputs and a DVI output. Additionally, this docking station has an Ethernet port and supports three USB 3.0 peripherals, as well as a microphone and speakers.

Overall, the Plugable UD-ULTCDL gets good reviews online. Positive reviews say that the dock “worked like a charm” for their needs. Those that liked the dock gave it glowing reviews, saying that it helped to boost their productivity with the extra display space.

The UD-ULTCDL does have some drawbacks. This dock is made more for web browsing and productivity applications. It is not recommended for hardware intensive applications like gaming or HD video.

One customer had a particularly bad experience with this dock, ending with the dock destroying his laptop. However, the customer did appreciate that the company reached out to compensate them for the defective product and the damage it caused. 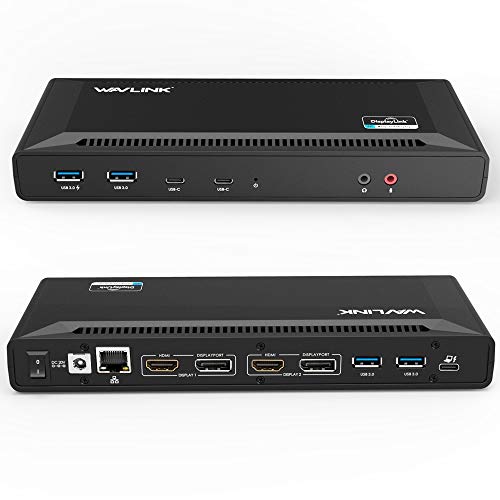 The WAVLINK WL-UG69PD2 is a docking station that works with USB-C connectors and provides up to 60 watts of charging power. It includes two DisplayPort connections, two HDMI ports, four USB 3.0 ports, two USB-C ports, an Ethernet port, and audio in and out ports.

Customer reviews are overwhelmingly positive for the dock, with 71 percent of customers. Positive reviews note that the dock works well and is easy to use. One reviewer stated that they were able to use the dock easily between different laptops.

It began having trouble recognizing monitors. This review also indicated that it was not a good dock for playing games.

If you want to supercharge your laptop productivity, a laptop docking station may be a worthy investment.

So what is it anyway?

Laptops are great when you are on the go. They are super portable, easy to work with, and you can connect anywhere. But let’s face it, even a sizeable 17-inch laptop can seem small when you’re working on it all the time. Laptops are not always the greatest choice for ergonomics, either. Docking stations can help you set up a more versatile workstation environment when you need it, without sacrificing your laptop’s portability. The best laptop docking station will allow you to set up a more permanent workstation, with a good keyboard and monitor, at a desk. When you do need to leave, all you need to do is unplug a cable, and you’re free! Plus, when you are back at your workstation, you can plug right back in and work in comfort once again.

So how does it work?

In the past, laptop docking stations tended to be proprietary, made specifically for each laptop model by the manufacturer. Though made for their compatible laptops, there was little variety, if any, in features for these docking stations.

Current universal docks have far more variety than their proprietary predecessors. However, this means that there is more to think about when you are buying a docking station.

When you’re looking for the best laptop docking station for your computer, you need to take your needs into consideration.

First, think about what you use your laptop for. If you mostly surf the web and use productivity applications, you are probably fine with a more basic docking station.

However, if you are a power user who uses your laptop to edit media, a more powerful docking station may be in order.

Similarly, consider how often you plan on using your laptop as a stationary workstation.

If you are a road warrior that only needs to sit down at a desk every so often, a port replicator or a more portable, slim docking station may be best for your needs.

When you are looking for the best laptop docking station, you may be overwhelmed by the different port choices. Here’s a small primer to help you better understand what you are looking at.

Many universal docking stations connect to laptops using either USB-C or Thunderbolt 3. Somewhat confusingly, USB C and Thunderbolt 3 both use the same USB-C connector. However, USB-C has a data transfer rate of 10 Gigabytes per second (Gb/s) while Thunderbolt 3 is much faster at 40 Gb/s.

Universal docking stations may have different video ports for you to choose from, including DisplayPort, HDMI, DVI, or VGA. Before choosing the best laptop docking station for you, be sure that you choose one that supports your monitor of choice.

Most universal docking stations will come with USB ports, as well as audio out (headphones) and audio in (microphone).

Before choosing a universal docking station, you need to ensure that the docking station has enough power to run your laptop as well as any powered peripherals you may have.

So Which One Is Really the Best?